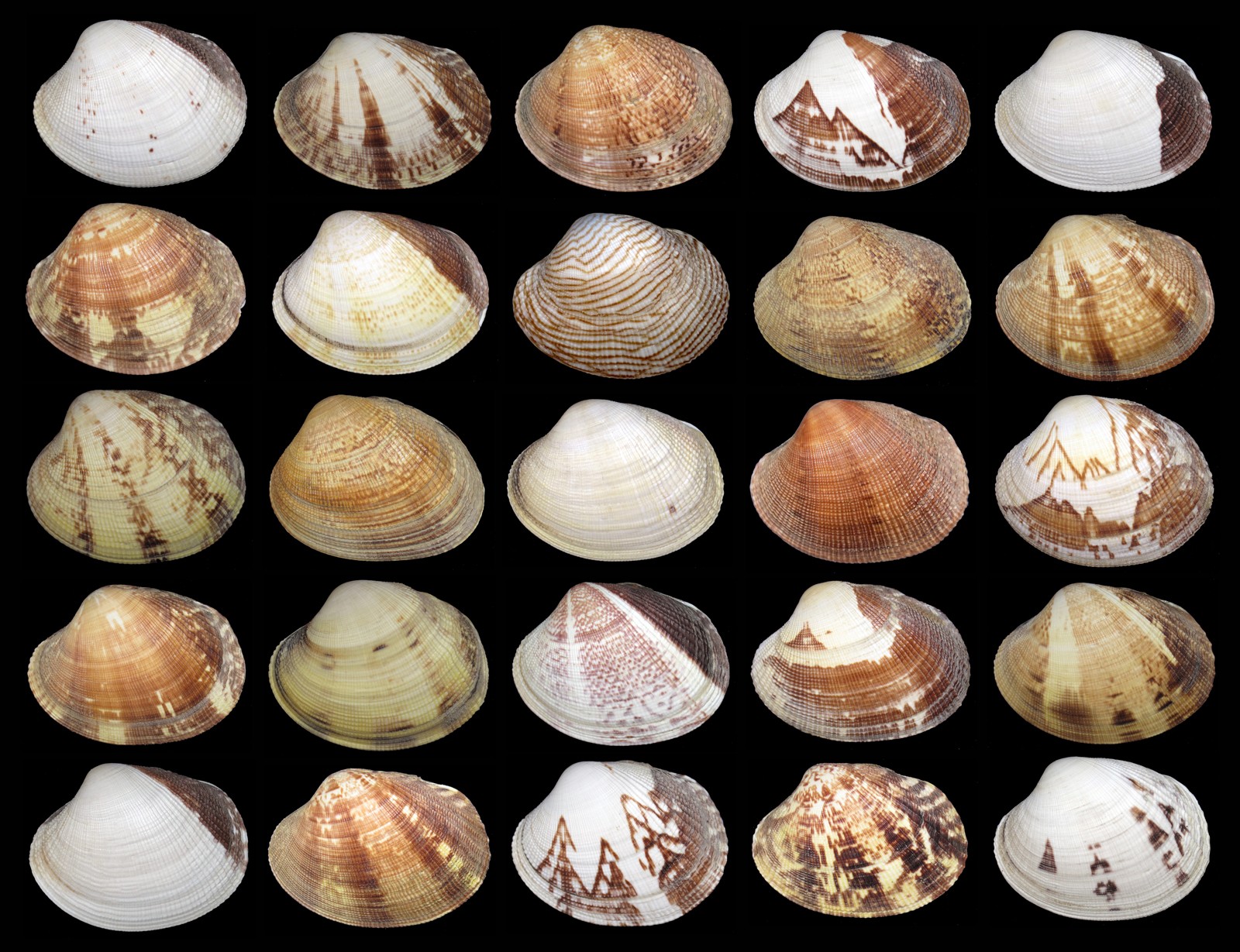 Ruditapes philippinarum (Adams et Reeve, 1850) from Italy, Grado.
The picture shows beach-collected bivalve specimens. They measure between 25.3 and 51.0 mm and show a wide range of different colours and patterns.
R. philippinarum, originating from southeastern Asia, has been introduced in Italy for culture purposes in the 1980s. It quickly established populations there and now lives sympatrically with R. decussatus (Linnaeus, 1758) on sandy or muddy bottoms in shallow water. Today, in the Northern Adriatic the alien species has to a great deal replaced the European congener. A random collection of Ruditapes spp. (N = 164) in the Grado lagoon (Isola Anfora) recently showed the population density of R. decussatus being only about one forth compared to that of R. philippinarum (31 versus 133 shells collected).